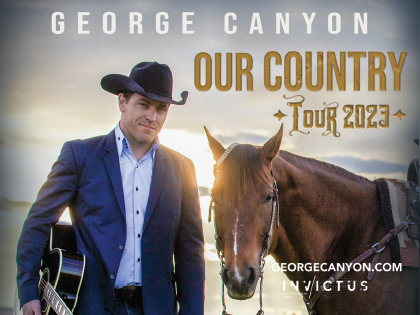 Canyon rose to becoming one of Canada’s hottest Country Music stars in the early 2000’s and has won countless accolades and awards, including Juno Awards, CCMA Awards, and ECMA Awards to name a few. He has been inducted into the Nova Scotia Country Music Hall of Fame, recorded 12 albums, and was presented a certified Platinum Award for his debut album ‘One Good Friend’. With country iconic hits like Just Like You, I Believe in Angels, Drinkin’ Thinkin’, Daughters of the Sun, I Got This, I Want You To Live, Slow Dance and many, many more, he is also a highly regarded humanitarian, strong supporter of the military, and, most important, a proud father and devoted husband.
Canyon’s tireless work as spokesperson for the Juvenile Diabetes Research Foundation (JDRF) and his ongoing support for Canada’s Armed Forces has earned him much National and International recognition. Among them, he was honored with the Humanitarian Award by the Canadian Country Music Association, the Queen's Diamond Jubilee Medal, and was also made the first ever Colonel Commandant of the Royal Canadian Air Cadets by the Honourable Peter MacKay, former Minister of National Defense.
Outside of his music and charitable work, many people might also recognize George for his numerous roles on the big screen. From Charlie Wells in the hit television show Heartland and the head forest ranger in Trailer Park Boys, to Bull Shelton in the Hallmark Channel’s highest-rated original Christmas movie “One Starry Christmas”. George also guest starred on stage in the musical production of Grease in 2018 at the Winter Garden Theatre in Toronto.
Among his many identities, Canyon is also a proud Canadian and huge hockey fan, and roots for his team, the Calgary Flames, for which he sings the national anthem during the home games.

deCoste on the Road

It's been an interesting couple of years as we navigated the challenges of COVID, but we're pleased to have made it through and we're excited for the changes and challenges that will occur over the next year as our building is under construction with the addition of the Pictou Library. The new entity will become the first of its kind in Nova Scotia and the joining of these two organizations will create a major cultural hub know as the deCoste Centre for Arts & Creativity.

In order for construction to occur, we're gearing up and taking the shows on the road this fall, partnering with five awesome venues throughout Pictou County including:

We're hosting approximately 25 shows in total as we continue to celebrate the deCoste’s 40th Anniversary. There are a a number of shows that had been postponed over the last two years that finally have new dates.  We're so excited to finally have these popular shows happening.  If you previously had tickets and have not yet confirmed your attendance, please contact us at (902)485-8848 to make arrangements for new tickets, or other options.

Our community fundraising campaign continues as we strive to reach the 100% mark getting closer & closer each and every day. No donation is too small, and we welcome “in memoriam” donations and pledges over up to three years. For more information, visit our project site (www.culturehubpc.ca) or contact Troy (troy@decostecentre.ca).

The Dream Vacation Draw fundraiser kicks off on October 1st and goes until December 23rd (or before, if we sell out).  We have a lot of exciting prizes so be sure to check it out at https://decostecentre.ca/dream-vacation/

Again, thank you for your incredible and continued support as we navigate through our next adventure!  We can't wait to see you at one of the shows! 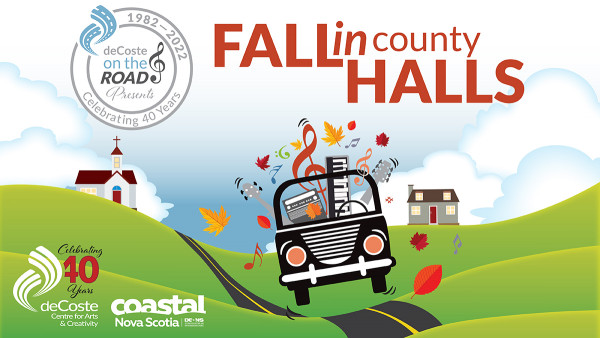