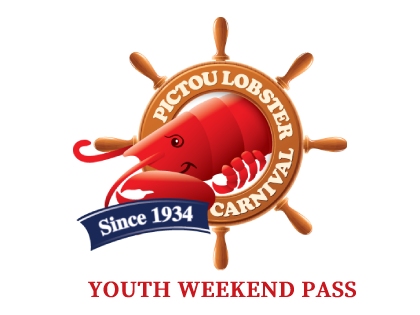 LOBSTER CARNIVAL YOUTH WEEKEND PASS
The Pictou Lobster Carnival is gearing up to come back stronger than ever in 2022! This year’s carnival (July 8th-10th, 2022) will mark the 88th year since the inaugural event was held in 1934 and, although the pandemic has impacted the festival for the past two years, event organizers are planning for a full return this year.
The 2022 Lobster Carnival will feature four headliners, kicking off Friday night with Classified, one of Canada’s most successful rap artists, on a night designed for the dancers. Since bursting on the scene with his debut album in 2003, Classified has had a number of big hits including Inner Ninja, Oh…Canada, 3 Foot Tall, and No Pressure.
Saturday’s headliner is The Stanfields, who mix traditional storytelling with exciting performances, and an undercurrent of East Coast flavour. Crowd-pleasing good-time tunes such as Fight Song, Run on the Banks, Mrs. McGrath and Ship to Shore will emanate from this five piece rowdy Folk’n’Roll band.
Oral tradition and storytelling are a big part of the Cape Breton culture, and a major source of entertainment, and Jimmy Rankin and his band will deliver just that on Sunday to keep the carnival rolling. Rankin will treat Pictou to another lively show following his 2019 visit that rocked Pictou, sharing songs from both his solo and family band, covering his extensive career that spans all the way back to the 80’s.
Last, but certainly not least, will be Pictou County’s own expert song writing storyteller, Dave Gunning. With a dozen albums to his credit, Gunning will close out carnival by picking his favourite songs to share with his hometown crowd.
The entire lineup will soon be released to the public.
Ticket Price = $35+ticketing fees